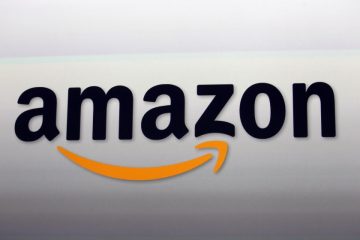 Amazon recently announced it is acquiring the self-driving technology company Zoox, which is developing an autonomous driving system, including vehicles, for the purpose of providing a ride-hailing service. The Zoox vehicle is specifically designed to overcome the challenges of autonomous mobility. It seeks to be autonomous in complex environments, both in cites and highways. The vehicle is bidirectional (both ends can be the front and the back) which is particularly useful for urban trips.

Zoox’s ground-up vehicle focuses on the ride-hailing customer. According to the agreement, the overall mission of the company will remain the same. This could open a whole new market to Amazon once the autonomous driving technology is sufficiently mature for the transportation of people.

However,  some industry analysts think Amazon’s plan is to repurpose the Zoox vehicle for its core business, delivering packages to shoppers.  According to analysts, Amazon could be interested in converting the vehicles into mobile lockers that would stop at delivery sites where customers would pick up the packages. This could serve as an alternative or complement to its existing fleet of delivery vans. Autonomous delivery would fit with Amazon’s plans to deliver more of its packages on its own and to rely less on other delivery services. However, these plans were not confirmed by Amazon.

This is not the first time Amazon invests in self-driving technology. Early in 2019, it joined other investors to support Aurora Innovation, which recently focused on the development of a  self-driving system for heavy trucks. The giant retailing company has also previously used autonomous technology such as self-driving robots in its distribution centers. In 2019, the company ran a pilot on autonomous delivery in the Seattle metropolitan area with small fully electric vehicles. It is  also working on self-piloted drones to deliver small goods to customers’ homes.

The acquisiton of Zoox changes the landscape in the autonomous vehicle business, putting Amazon in competition with Google’s self-driving technology spinoff Waymo, and General Motors’ Cruise autonomous vehicle unit, and increasing the pressure on smaller companies that are building delivery vehicles.